Everything You Need to Know About Thanksgiving 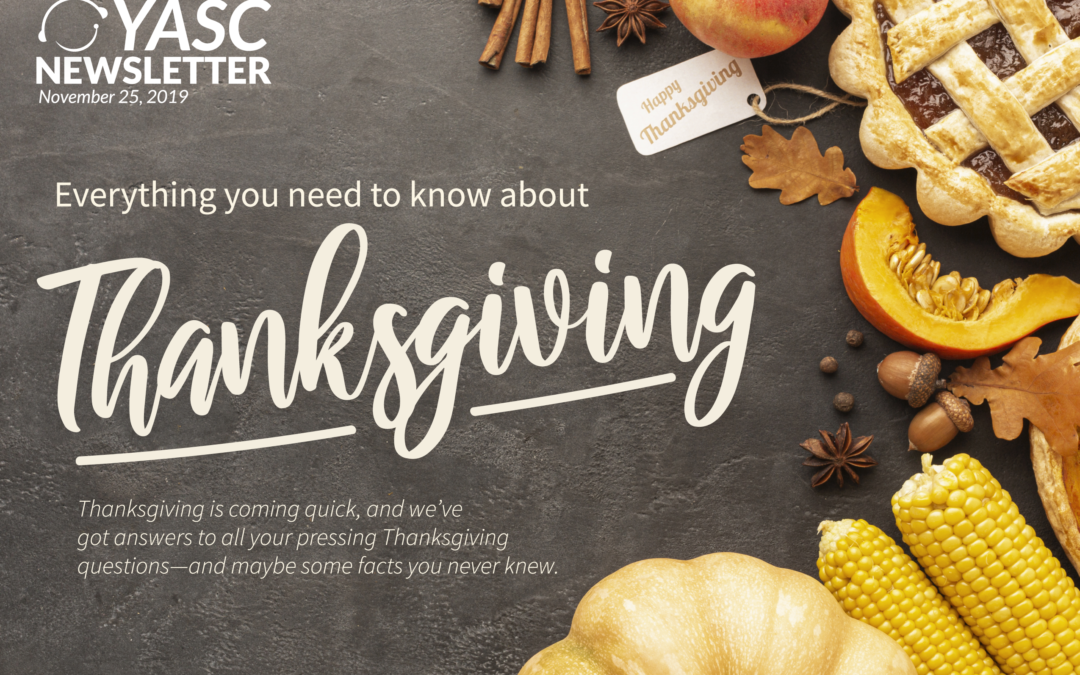 Thanksgiving is coming quick, and we’ve got all the answers to your questions—and maybe some facts you never knew.

This year, Thanksgiving Day is Thursday, November 28th, 2019. Thanksgiving is always celebrated on the third Thursday of November.

2.-When was the first Thanksgiving?

According to the History Channel, the first sign of our Thanksgiving tradition occurred in 1621 when the Native American tribe Wampanoag, joined the pilgrims in Plymouth for an autumn harvest festival. After that, different colonies and states celebrated their own versions of thanksgiving celebrations until 1863, when Thanksgiving Day became a national holiday.

3.- Why did the pilgrims celebrate the first Thanksgiving?

The pilgrims had a pretty rough time when they first got to New England, and many who came over on the Mayflower did not make it through the first winter. After meeting some local Native Americans, though, the colonists were able to learn from them and successfully harvest corn on the land. To celebrate the new success, Governor William Bradford organized the celebration.

4.- What president made Thanksgiving a national holiday?

Contrary to popular belief that George Washington mandated the day, it was actually Abraham Lincoln who made it a national tradition to give thanks in November. George Washington was the first president to tell Americans to observe the holiday—John Adams and James Madison followed suit—but until Lincoln, the day was not an annual holiday, and if celebrated by states, was observed on different days around the country.

5.-What is a baby turkey called?

A baby turkey is called a “poult,” according to Merriam-Webster’s online dictionary. The term was first used in the 15th century. Turkeys are among a group of birds called fowl, which include many birds domesticated and kept for their eggs and meat such as chickens, pheasants, and ducks. According to the Baltimore Bird Club, a group of turkeys is called a “rafter,” and PBS notes that a male turkey is referred to as a “tom,” while a female is a “hen.”

6.- Why does the president of the USA pardon a turkey at Thanksgiving?

Each Thanksgiving, the president of the United States ‘pardons’ a hand-selected turkey, sending it to a farm where it lives out the rest of its days. According to the White House, the tradition dates to Abraham Lincoln’s days, when his son Tad begged him to write a presidential pardon for the bird meant for the family’s Christmas table, arguing it had as much a right to live as anyone. Lincoln complied, and the turkey lived.

Many people consider Thanksgiving to be the quintessential American holiday. It marks the beginning of the “holiday season,” a period that lasts into Christmas and through New Year’s Day. But many nations celebrate a Thanksgiving holiday, including Canada, Germany, and Japan. The Canadian Thanksgiving is influenced in many ways by the American version of the holiday.