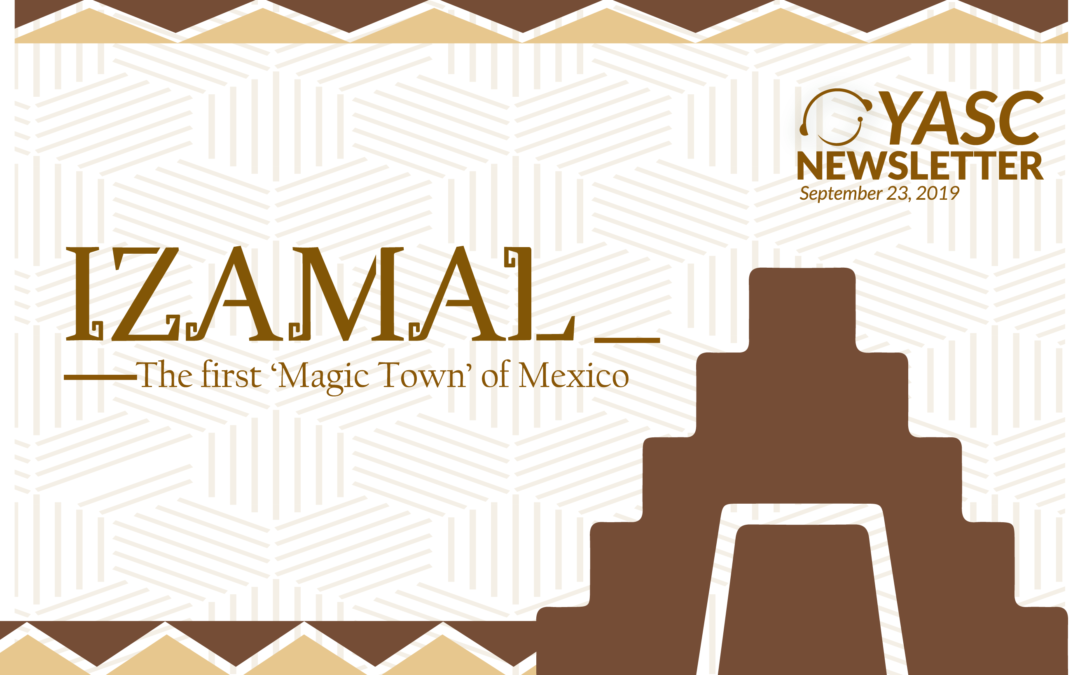 Getting lost in Yucatan, is to find colors, flavors and stories. Stories full of magic, from which beliefs and values ​​- that unite their people – are inherited. We know that there is nothing quieter and safer than walking the streets of their cities and colorful villages, and while doing so, to be included in this fantastic culture. Here at YASC, we love learning about every corner of Merida and its surroundings. This time, we’ll get to know Izamal.

Izamal is often referred to as ‘the City of Three Cultures’ – with a remarkable mix of the pre-Hispanic period, the vice-regal period and the post-independence period. This is the reason why Izamal was given the name of ‘Magic Town’ in 2001.

The name “Izamal” comes from the Mayan word “Itzmal” which means, ‘dew from the sky’, a character of singular wisdom and mythical origin, considered an instructor and teacher of the Mayas. The town was built on twelve small hills that break the surrounding plain and it still retains the vestiges of its ancient and enormous power. You will find several ritual sacrificial cenotes (natural wells), two ‘white’ or “sacbés” paths (“Aké” and “Kantunil”) and satellites – which are visible from the top of the “Kinich Kakmó” pyramid on clear days – in this great Mayan city.

Upon entering the town, you are immediately dazzled by the Novo-hispano buildings – all of them painted yellow. From the convent, past the smaller houses that rise several blocks away, to all the municipal buildings; the city unfolds joyfully and peacefully like a midday sun. Stroll along the cobblestone streets that connect the twelve small hills and that interrupt the placid plains of this majestic place with its romantic and generous landscape.

Izamal is a beautiful colonial population founded in the mid-16th century on the vestiges of an ancient Mayan city; its most important construction, the Conventual Ensemble of Our Lady of Izamal, was built on the ruins of a Mayan shrine called “Pap-hol-chac”. There is a light and sound show called: “The light of the Mayas”, presented on Tuesdays, Thursdays and Saturdays at 8:30 p.m.

This magical town is also one of the most recognized locations to savor the delicious Yucatecan cuisine. It’s certainly a place that you cannot and do not want to miss.