The enchanted architecture in Merida. 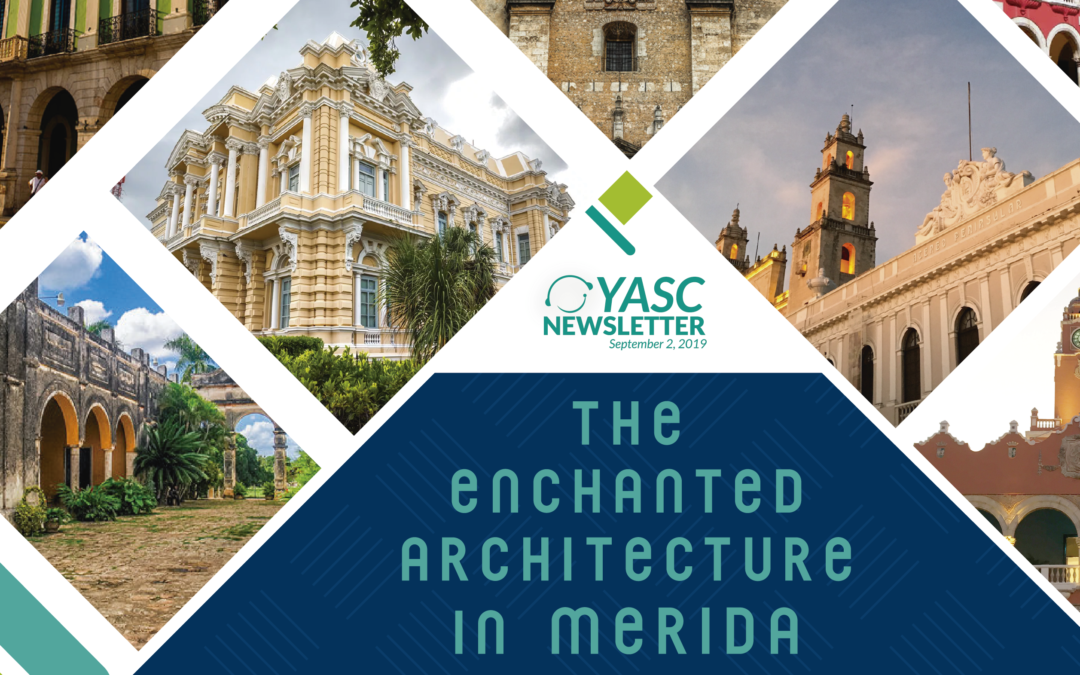 Merida is a city, where the streets tell a story, it was founded almost 500 years ago by Francisco de Montejo. The city was built on the remains of the Mayan city known as Thó, which they say was already uninhabited when the Spanish arrived.

At YASC, we love to find treasures. Without a doubt, the most important architectural treasures of the peninsula are found in the city of Mérida.

YASC recommends a visit to the following buildings:

It has a neoclassical facade, with a shaded portal in the lower part. Inside you can see several murals, painted between 1971 and 1978 by the Yucatecan artist Fernando Castro Pacheco with themes of the historical evolution of the state of Yucatan.

Its facade could be considered eclectic, because it has Moorish touches, such as the slender central tower and art-deco features. This building dates back to 1928.

Built in 1549, with a Plateresque style facade, which today is considered the most important example of 16th-century civil architecture in the country.

Its facade is of French Renaissance style and there’s a great profusion of elegant ornaments that stand out between balconies and cornices. The interior of the theater is magnificent with a large marble staircase and has an excellent performance hall.

In colonial times it was used as a cattle ranch. It is a farm located near Merida and dates back to the 17th century. The name Yaxcopoil in Maya means “place of the green aspens.” The hacienda represents the history of three periods of the Yucatecan Peninsula: The pre-Columbian era (there are nearby archeological sites); The colonial period and the outbreak of henequen cultivation in the mid-nineteenth and early twentieth centuries.

Built between 1562 and 1599, The first cathedral built in Latin America, the oldest in all of Mexico, home of the archdiocese of the state of Yucatan, simply known as the Cathedral of San Ildefonso or the Holy Cathedral Church of the city of Mérida. It was on November 16, 1561, when Pope Pius IV at the request of King Philip II issued the construction order for this great enclosure. Inside the building there is a wooden work known as the ‘Christ of Unity’, considered the largest wooden image under a roof that exists in the world.

The 20th-century mansion, in the Beaux Arts style, is the headquarters of the Regional Museum of Anthropology of Yucatan. It has fine finishes in plaster, marble of different shades, Doric and Ionic columns, a beautiful staircase carved in white marble and it also has outdoor gardens. A masterpiece of this time period!

The streets of Mérida are full of architecture and history, certainly a walk worth taking!