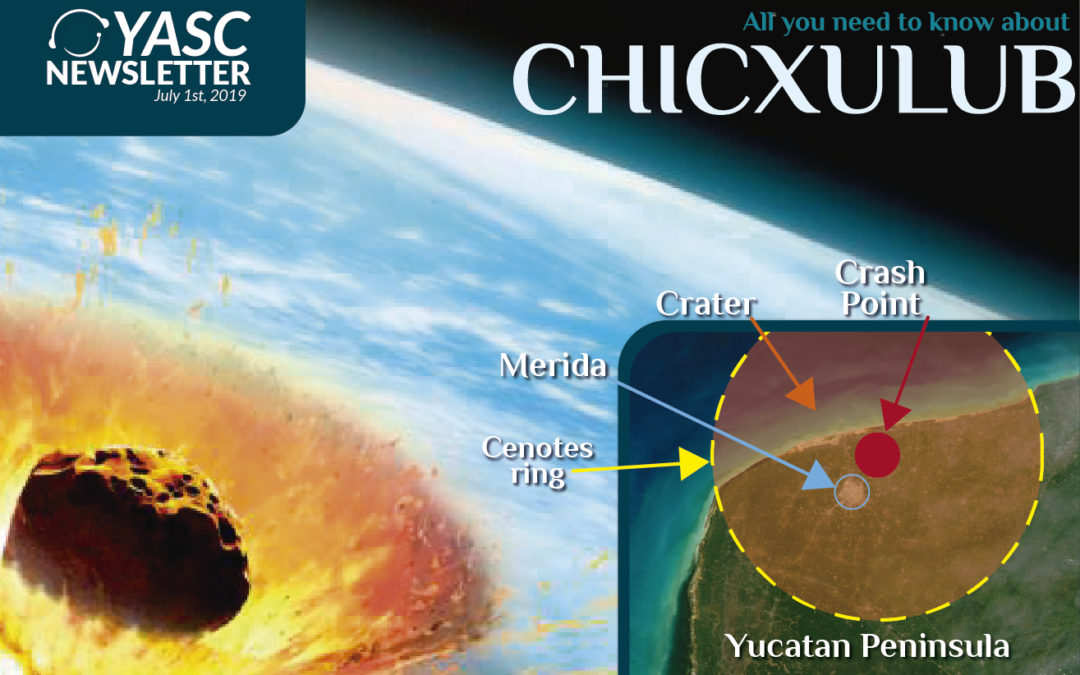 The YASC-building was constructed on top of a key area in our planet’s history.

The YASC Family values culture, knowledge and science, and that is why we enjoy learning and sharing these kinds of amazing facts about our beloved Mérida.

The asteroid that caused the end of the Mesozoic era and exterminated the dinosaurs*, impacted right at to the northwest of the Yucatan Peninsula.

* According to the most accepted hypothesis.

Chicxulub is the name of both: the crater itself, and the town where it is located. The name comes from the Mayan language:

We actually live over the crater!

A cenotes ring was formed after the impact!

The Chicxulub crater is a natural laboratory for investigation about the formation and evolution of planetary surfaces. In 2008 the construction of the “Parque Científico Tecnológico de Yucatán” began. A complex of areas, dedicated to the studying, development and spreading scientific knowledge. Until now it has the following areas:

You can learn about this event that modified the planet’s life at the “Museo de Ciencias del Crater de Chicxulub”. This is a space dedicated to explaining the relationship that geological, planetary and biological processes have on the evolution of life and the planet.