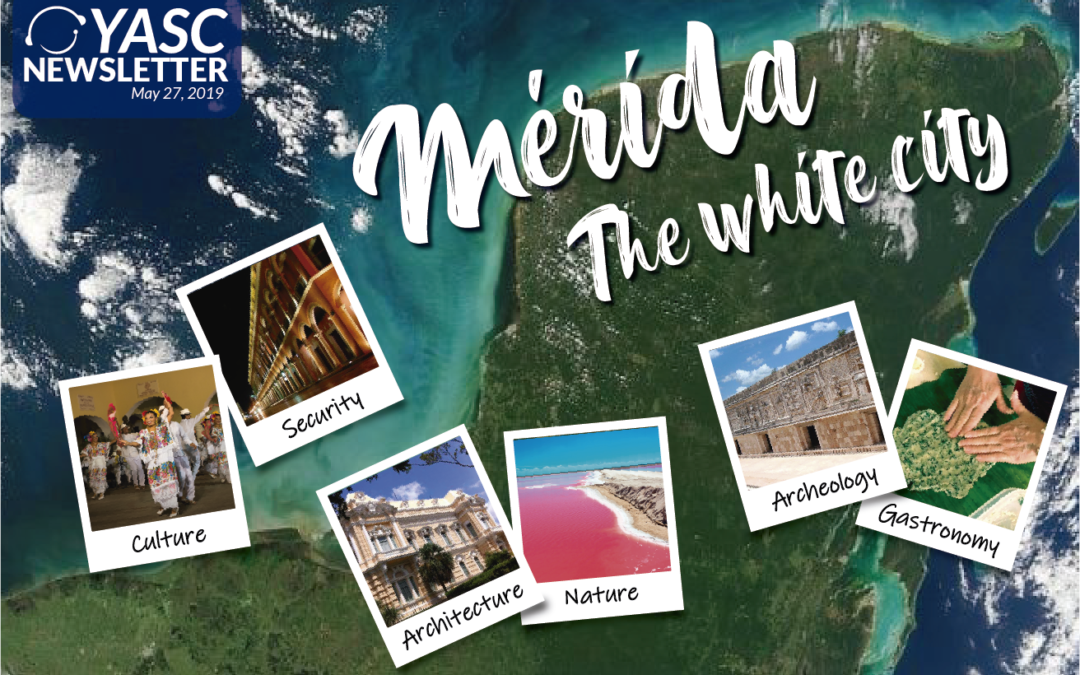 Merida is known as one of the cities with the best quality of life in Mexico. At YASC we feel honored to be part of a great company (which we all conform), that besides is located in such a wonderful place to live!

A SECURITY PLACE TO LIVE IN

Merida and Yucatan have the well-deserved reputation as the safest major city and safest state in Mexico. Crime indexes tend to bear out this reputation. The region consistently scores at the top of nationwide rankings of safety. While in recent years the U.S. State Department has issued travel warnings affecting parts of Mexico, Merida and Yucatan have not been singled out for inclusion in any of these warnings.

A SPECIAL PLACE WITH SPECIAL PEOPLE

Merida was founded in 1542 on the remains of the old Maya settlement known as T’Hó. At the present day, the city is renowned for its traditions, culture, the kindness of its people and the beauty of its streets and buildings, where a fairy past merge with today’s modernity.

In 2017 Merida was declared the American Capital of Culture for second time*. There is no doubt that its color, folklore, music, dance and museums make it a magical city, but besides that, “The White City” is one of the few cities in the world where there are free cultural activities and events during the 365 days of the year. This is combined with common exhibitions of arts & crafts made by Merida artists’ hands.

* (Merida was the first city to win this recognition on 2000 and the only city that has being awarded twice.)

Merida is surrounded by lots of beautiful and natural places, that allows us to be witness of the wonder of nature: beaches, cenotes, lakes, jungle, islands, caves, mangrove swamp, bird migration, sea ​​turtle spawning, the arrival of flamingos… And of course, it counts with tours and adventure destinations where extreme activities are carried out.

Our state, Yucatan has a very interesting historical legacy. In the peninsular area there are majestic ceremonial centers, capital cities and buildings, all made of carved stone and perfect architecture. Chichén Itzá, Uxmal, Ek Balam, Dzibilchaltún and Mayapán, among many others, are the heritage of one of the greatest civilizations in the world.

Merida’s cuisine is a true delight that mix its Mayan origin with the European influence. Among the typical food options you will find the cochinita pibil, panuchos, salbutes, papadzules and the lime soup. On 2007 The French network Délice integrated Merida in its list, the jury voted unanimously to include our city among the list of those “whose culinary heritage and gastronomic expertise play a major role in defining them as the greatest food destinations in the world”.