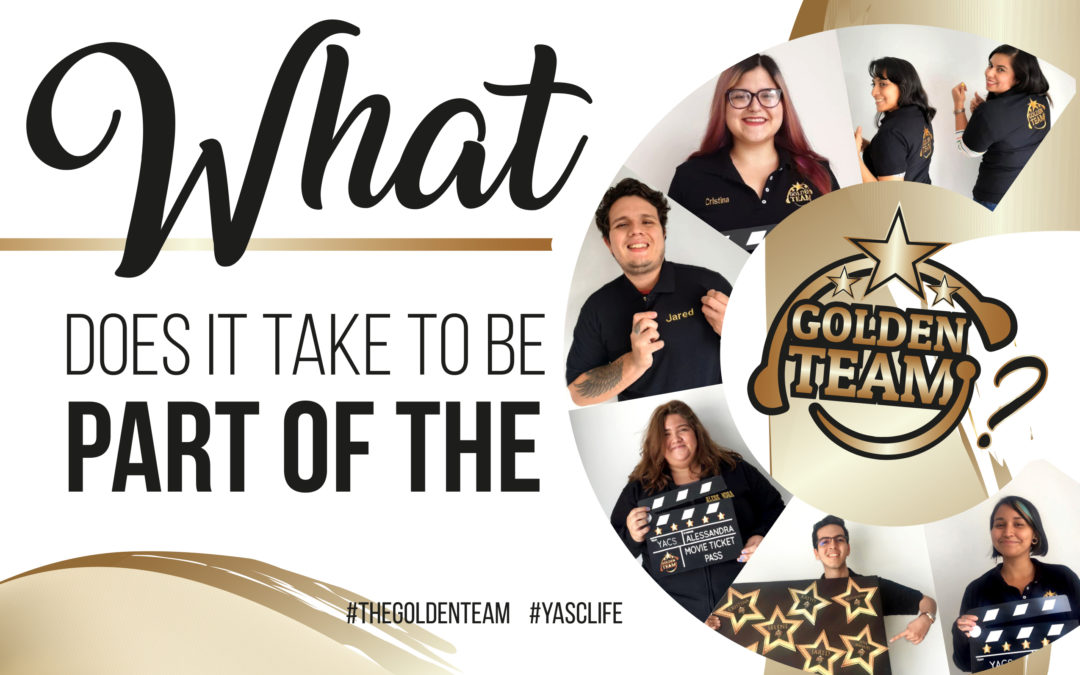 What does it take to be part of the Golden Team?

YASC realized that some of its members began to enjoy their work. Their performance became increasingly high. The Golden Team was created to recognize each one of them for their effort and to motivate others to follow this example of commitment and excellence.

The Golden Team rewards, not only the commitment to attend on time every day, but also the show of excellence every second in their job.

YASC will always seek for this incentive to grow and for it to become a goal for each of its members, in order for every single member to feel that they’re made of gold. Remember, never let your past keep you from the bright future that fate holds for you.

This month we had 7 members in the Golden Team.

We at YASC are very proud of you all. Keep doing your best.

Words from the team of this month:

“Being an excellent operator, and doing your best on every call is always a great feeling. Especially with the hard work that you put in every day. It’s really rewarding to form part of the Golden Team.” – Jared

“At first I thought being a part of the Golden Team was out of my league. I underestimated myself and I felt that I wasn’t good enough. However, due to my competitiveness I eventually made it. Not knowing what to expect, I was surprised by the recognition I received from fellow agents and leaders. After seeing myself as an outsider for many months I finally began to feel part of the family and it was then that I made up my mind and decided that I was going to work for it every single month. Unknowingly, striving to be a part of the Golden Team has motivated me to surpass myself daily and I have to admit it, it’s no easy feat but that doesn’t mean it’s impossible. I’m still far from being the best agent but I feel like I’m starting to build my way up there and I am overjoyed to see my hard work doesn’t go unnoticed. Thank you YASC!” – Kathy

“At first when I joined YASC I didn’t even know exactly what the Golden Team was. I’d see pictures on the walls congratulating agents on their performance. I thought it was a place reserved for people who go above and beyond in their work. Kathy and I, we started a small friendly competition trying to outdo each other and improve each week in our QAs. Turns out that it helped a lot! I was very surprised when they called to tell me that this month, I was part of the Golden Team. I am very excited to be part of a company that rewards effort, and I’m looking forward to improving even more in my work.” – Jose Manuel

“At first I didn’t know what the Golden Team was. I still remember my first day, it was overwhelming but, after a while I started to feel more comfortable. That wasn’t enough for me though, so I started to do a little more with every call. Now, this month they called to inform me that I am part of the Golden Team!!! It feels great to know that YASC recognizes your effort when you do your best.” – Melissa

“For me being a part of the Golden Team, represents all of the hard work that I put into my job.” – Selene